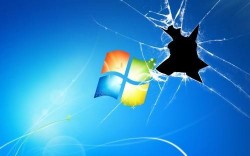 The lot of hype around the so-called “Heartbleed” vulnerability in open-source cryptographic library OpenSSL was not really justified. Yes, many servers were affected but the vulnerability was quickly patched and it was only an information disclosure vulnerability. It could not be used to break into the servers directly.

Now we have Microsoft Secure Channel library vulnerability (“SChannel attack”) that allows an attacker to easily own MS servers:

This security update resolves a privately reported vulnerability in the Microsoft Secure Channel (Schannel) security package in Windows. The vulnerability could allow remote code execution if an attacker sends specially crafted packets to a Windows server.

This vulnerability in Microsoft TLS is much more serious as it allows to take over the control of any vulnerable server remotely by basically simply sending packets with commands. Microsoft admits that there are no mitigating factors and no workarounds, meaning if you did not install the patch, your server is defenseless against the attack. Windows Server 2012, Windows Server 2008 R2 and Windows Server 2003, as well as workstations running Vista, Windows 7 and Windows 8 are all vulnerable.

This is as critical as it gets.