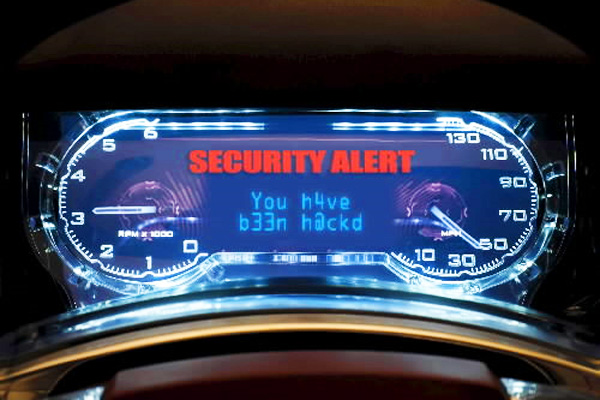 I stumbled across an article on car software viruses. I did not see anything unexpected really. The experts “hope” to get it all fixed before the word gets out and things start getting messy. Which tells us that things are in a pretty bad shape right now. The funny thing is though that the academic group that did the research into vehicle software security was disbanded after working for two years and publishing a couple of damning papers, demonstrating that “the virus can simultaneously shut off the car’s lights, lock its doors, kill the engine and release or slam on the brakes.” An interesting side note is that the car’s system is available to “remotely eavesdrop on conversations inside cars, a technique that could be of use to corporate and government spies.” This goes in stark contrast to what car manufactures are willing to disclose: “I won’t say it’s impossible to hack, but it’s pretty close,” said Toyota spokesman John Hanson. Basically, all you can hope for is that they are “working hard to develop specifications which will reduce that risk in the vehicle area.” I don’t know, mate, I think I better stay with the good old trustworthy mechanic stuff. I guess I know too much about software security for my own good. I kinda feel they will be inevitably hacked. Scared? If there is a manual override for everything – not so much but… The second-hand car market suddenly starts looking very appealing by comparison…

When we invented NFC (Near Field Communication) we never intended it for some of the uses that it was put to afterwards. And when we started discussing those unconventional (for us) uses, we immediately pointed out all security problems and proposed methods to protect the NFC devices from various attacks. That was… probably 2004. Do you think anyone listened? Nope. After that, we put in a few years worth of work into some (ok, granted, fairly fuzzy for political reasons) guidance, standards and white papers in Ecma International and NFC Forum. Did anyone take notice? I don’t think so.

At the recent Black Hat security conference security researcher Charlie Miller detailed and demonstrated attacks to the NFC devices and showed how he can pown a mobile phone through a combination of NFC and browser attacks.

The reason? NFC is a new attack surface and it has to be protected, both by itself and in comnbination with all the other things that are operating in the same device. However, the usual thing has happened. People paid attention only to the hype of usefulness and ease of use of the technology but never paid attention to the security of it. Now the security will have to be added, again, as an afterthought.

Google has been fined $22.5 million for breaching its privacy commitment and bypassing Apple’s Safari users security settings. As the article in Mercury News comments, citing Consumer Watchdog, “the commission has allowed Google to buy its way out of trouble for an amount that probably is less than the company spends on lunches for its employees and with no admission it did anything wrong.”

The days of when the motto of Google “do no harm” could be taken literally are long gone. Beware.

There is a very interesting article in Wired by one of its authors, Mat Honan, about how his digital life was taken over and wiped out completely in the space of one evening. Read How Apple and Amazon Security Flaws Led to My Epic Hacking.

According to an article in Digital Trends, Dropbox leaked an unknown number of passwords. The interesting part here is that they claim an attacker had access to an employee’s account where a list of e-mail addresses was found. Dropbox is not making the news for the first time and this time they promise tougher security measures.

Unfortunately, I do not think tougher security measures they propose would alleviate the problem of employees keeping lists of accounts in their dropboxes.