Camera and microphone attack on smartphones 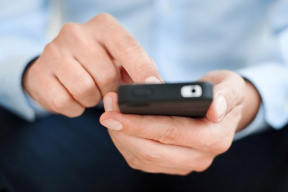 The researches at the University of Cambridge have published a paper titled “PIN Skimmer: Inferring PINs Through The Camera and Microphone” describing a new approach to recovering PIN codes entered on a mobile on-screen keyboard. We had seen applications use the accelerometer and gyroscope before to infer the buttons pressed. This time, they use the camera to figure out where the fingers are touching after the microphone has signalled the start of a PIN entry. The success rate varies between 30% and 60% depending on configuration and number of samples. And that is a lot.

This attack falls into the category of side-channel attacks and it is rather hard to prevent. The paper explains in detail how the attack works and gives recommendations for mitigation to the developers. The paper also refers to several other works that use side-channel attacks using smartphone. For mobile application developers, it would be a wise idea to read through this and referenced publications to find out what the state of the art now is.